Summer is here at The Storage Inn in Egg Harbor Township New Jersey, and our storage space customers are preparing for the Independence Day Holiday, shuttling in and out past the rental office, retrieving barbecue grills, lawn furniture, and even the occasional kayak. I’m certain our staff, and storage space tenants could tell you that July 4th commemorates our nation’s freedom and the signing of the Declaration of Independence, but they may not know these facts about the 4th of July.

Only John Hancock actually signed the Declaration of Independence on July 4, 1776. All the others signed sometime in August..

The average age of the Signers of the Declaration of Independence was 45. The youngest was Thomas Lynch, Jr (27) of South Carolina.  The oldest delegate was

Benjamin Franklin (70) of Pennsylvania. The lead author of The Declaration, Thomas Jefferson, was 33.

The only two signers of the Declaration of Independence who later served as President of the United States were John Adams and Thomas Jefferson.

The stars on the original American flag were in a circle so all the Colonies would appear equal. 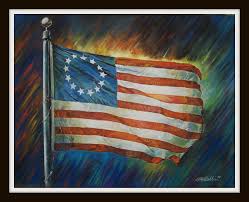 The first Independence Day celebration took place in Philadelphia on July 8, 1776. This was also the day that the Declaration of Independence

was first read in public after people were summoned by the ringing of the Liberty Bell.

The White House held its first 4th July party in 1801.

President John Adams, Thomas Jefferson and James Monroe all died on the Fourth. Adams and Jefferson (both signed the Declaration) died on the same day within hours of each other in 1826.

and Thomas Jefferson, who recommended the bald eagle.

Over 200 million dollars are spent on fireworks annually in the United States with most being imported from China.

Every 4th of July the Liberty Bell in Philadelphia is tapped (not actually rung) thirteen times in honor of the original thirteen colonies.

The song “Yankee Doodle” was originally sung by British military officers to mock the disheveled, disorganized colonial “Yankees” with whom they served in the French and Indian War.

The tune of The Star Spangled Banner was originally that of an English drinking song called “To Anacreon in Heaven.”

So there you have it – some fun facts to entertain friends and family as you hang out at the beach or barbecue. Have a great 4th and remember to toast the Chinese for inventing fireworks!